Marriage, love, relationships and success with them. 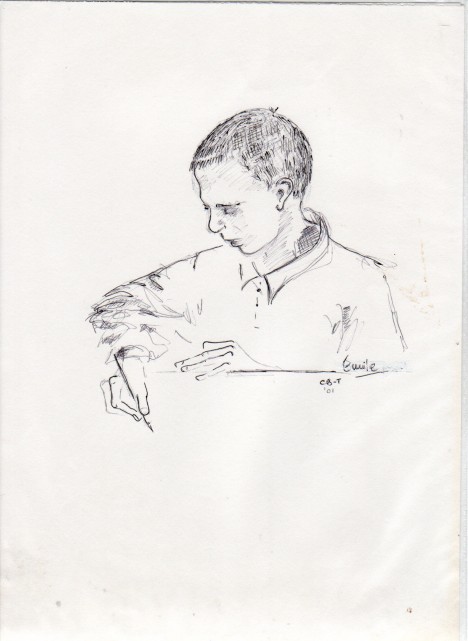 There was an item on …. was it Lifehack ? …… somewhere …. yesterday about knowing when somebody loves you.  It coincided with my being asked to do an item on Happy Marriages, so this is what I am scribbling down at the moment as I start to think of what to write.

First, I should say that when I use the word “marriage” I mean a long-term relationship, whether it has been marked by a traditional marriage, “paxed” (quite common in France) or has just evolved by itself with no particular ceremony.  Also, when I use the word “marriage” I refer to straight or gay couples, young or old, black or white.  My article will revolve around a few basic rules:-

– KINDNESS.  This is Rule Number One. It is more important than love.  Love is a fat lot of use if you are unkind.  Never ever be intentionally unkind to your life partner if you can possibly help it.  Count to ten. Count to twenty.  Ask yourself if it will still matter tomorrow or next week or next year.

– Know her/his shortcomings (both of you!) and accept that in advance – within reason!  Accepting he is drunk and nasty is not accepting a short coming – that is being weak and foolish.  Some behaviour is unacceptable.  But accept that he swears blind he has tidied up and he just hasn’t.  He is only a man!  I have spent 33 years clearing up behind my husband.  When we were first married I found that I was reminding him (he called it nagging) several times a day about stuff he left lying around.  Then I decided to just pick it up myself and be done with it.  Likewise, he has long since accepted that I do not put lids back on paint tins properly, let alone clean the brushes.  If necessary make a list of shortcomings (both of you) and sit down and decide what is acceptable and what is not.  But it shouldn’t come to that – these things should be mutually understood, and will be mutually understood if you bear it in mind

– do not intentionally do the things that you know in advance they will find annoying.  Last year – let’s call them David and Claire – had a big row because David was chatting to his mother on the phone during their evening meal.  Now, Claire had several times told him, over the years, that she found it annoying.  After all, she had prepared and cooked the meal, and produced the sort of food he likes and – perfectly reasonably – felt he could (and should) tell his mother “Let me call you back later, Mum, we’re eating our supper …”  I have told both our sons to leave me out of the equation:  if you want to make a life with your partner, you MUST put her (or him) FIRST

– never contradict each other in front of other people

– do the little things that you know please – a cup of tea in bed first thing in the morning, cold beer in the fridge, a clean bed always made ….

– avoid the things that displease – lolling around in front of the TV during the day (my pet hate), driving too fast, leaving housework till the place is a total tip ….

– there is truth in that old saying “the way to a man’s heart is through his stomach”.  Food is generally far more important to men than to women, ESPECIALLY if you don’t work and he does !

– I realize it is old-fashioned of me, but I have no time for “that is your dirty washing and this is mine” – just shove it all in the machine, for goodness’ sake !  No matter how “liberated” you are, boys’ and girls’ roles do, despite themselves, fall in to two categories: boys’ jobs and girls’ jobs.  Just go with it.  It makes life easier!

– don’t argue about it.  Does it really TRULY matter ?  The worse arguments couples ever have are about money and/or the children.  So be braced for this – pave the way in advance.

I expect I will chop and change and alter the above many times before I send it in, but that is the general idea of what I want to say.  I will still keep rule number one: KINDNESS is the basic ingredient.

(The picture is of a child doing his homework – a boy called Emile who used to come round to play with our children sometimes.  He was so sooo serious about his homework – which our children were not.  We hoped some of his seriousness would rub off on ours, but it didn’t!)