Kissing the French – extract from “A Call from France” 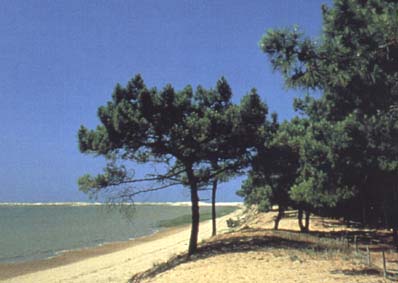 Kissing was a problem when we first arrived in France.

People seemed to trot around kissing each other, and seemed to sometimes want to kiss us. All ages and types flung themselves at each other, planting vigorous kisses – or air-kisses for that matter – on each other’s faces, and there seemed no rhyme nor reason to it.

We couldn’t make out how often we should kiss people on each cheek, nor which people we should kiss. We studied others with interest, for the kissing – peck-peck-smack-peck – was clearly an important part of French culture. People, particularly women between the ages of one day and a hundred years, seemed to spend as much time kissing each other when they met as speaking to each other. If there were several of them they seemed to form a little circle, or perhaps a little line, and various members of the group, presumably at some secret given signal, would start – peck-peck-smack-peck – making small jerky bobbing movements of head and shoulders, depending on the height of the person they were kissing.

The quantity of kisses meted out seemed to follow no set rules, anything from one solitary peck on the proffered cheek to as many as two on each cheek, even two on one cheek and three on the other. We counted carefully and wondered if we should set up a chart of some kind so that we could note whether the kisses depended on colour of hair or beauty of beholder.

The truth of the matter was that we didn’t really WANT to kiss anybody at all, except within the family, least of all the variety of snotty kids that lined up in front of us by the school gates most days. All females and all children seemed to expect to be kissed once introduced, and the majority of men, and teenagers of both sexes too. I went through a patch of announcing that I was English and that in England we don’t kiss each other, but soon discovered that it was quicker and easier to get on with the kissing and be done with it.

A problem we encountered with this was that, because of the constant proximity of the kissing fraternity, we seemed to pick up colds at the drop of a hat and – worse – nits. Debbie and I had nits, I assume because we both had long hair, off and on the entire time we were in France; we had never had them before and we have not had them since. I bought Debbie hair bands and “hair furniture” (as she called it) in general that had been pre-treated with anti-nit product. These are quite commonly available in chemists in France, which seems to me to prove my point, for they are virtually unheard-of in the UK. These hair bands helped keep the problem at bay to a degree but it didn’t smell very nice.

It was easier to avoid the colds. We discovered that if we studied nose, eyes and mouth of the approaching kisser we could usually ascertain within reason if that kisser had a cold to impart to the kissee. If it seemed to be the case the trick was to take a gulp of clean air before approached too closely, hold the breath, let it out by, near or on the face of the kisser and then take another breath – in fact start breathing normally again, only once a suitable distance between kisser and kissee had been established. This was relatively easy to do for the kissing, although it could consist of several loud and enthusiastic smackeroonies, was generally aimed past the ear of the kissee and as long as the heads more-or-less touched (and nits more-or-less transferred) it seemed to be all right.

The only problem arose if required to speak. It is remarkably difficult to speak when holding one’s breath, and many of our greetings to French friends and acquaintances came out as a gruff sort of “Rumph!”

Click herefor “Thoughts on how to run a business”