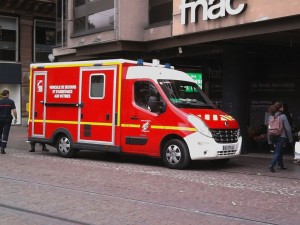 The emergency services in France are excellent.

The national emergency numbers in France were not widespread till the 1970s (1937 in the UK).  Although a skeleton system had been in place for several years, operators (through whom the calls were made) closed for lunch (from 12.00 till 2.00 or even 3.00) and at night, and the system was unsatisfactory not least because France is such a vast country and rural France was extremely late getting phone lines in.  Along with mains drainage and potable water, phone lines were not nationwide till well in to the 1980s, indoor toilets with mains plumbing in the 1990s.

Until 1991 the emergency numbers were 15 for medical help, 17 for the police and 18 for the fire brigade.  Those numbers are still the emergency numbers today, along with 112 as directed by the EU for all of Europe (except the UK).  As far as I am aware there was no particular reason for choosing 112 whereas in the UK the choice of 999 was because, with the old-fashioned phones, it was easy to find the number 9 in the dark. 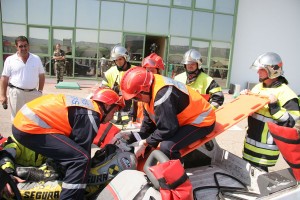 Our own 999 was introduced in 1937 after five women died in a fire in London and neighbours were unable to call emergency services because calls to the operator for other matters were keeping the lines busy.  This special number, when dialled, triggered a flashing light at the operator centre, making the operator prioritize the 999 calls.  The world first telephone exchange, by the way, was in London in 1876.

So, if you have an emergency while you are in France the number 112 will get you to the emergency serives the way 999 does in the UK.  There is almost always somebody English-speaking available these days too. 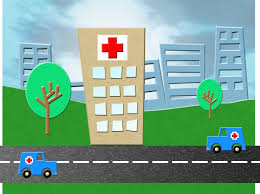 Ambulances in France have a slightly different role to their UK counterparts, and fall in to three categories:

– private cars likewise equipped as above

Then there are also the SMUR which stands for Service Mobile Urgences et Reanimations which has a qualified doctor on board. 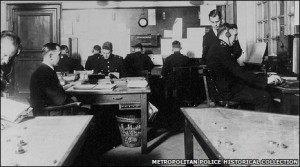 If you call in a medical emergency it is likely that the fire brigade will arrive rather than an ambulance.  Their vehicle is a VSAV which stands for Vehicule de Secours et Assistance au Victimes.  The bulk of firemen in France are volunteers and are all trained in medical emergencies.  The word “ambulance” comes from the Latin “ambulare” – to walk.  By definition, therefore, an ambulance does not assist you in an emergency but helps you to walk (transports you) from one place to another.

In almost all situations you will be asked to provide your insurance papers.  There are horror stories about the ambulance refusing to move off till you have proved you are insured, but this is rubbish.  Depending on your financial and medical situation, you either buy a top-up insurance (the national health system covers 50%-75% of your medical needs) or you pay the difference – or, you are covered 100% because you have a permanent illness.  That is if you are French.  If you are a tourist you must have an EHIC card or an insurance – or even both.  You usually still have to pay the money and then claim it back when in the UK – that depends, of course, and the hospital admin dept will talk you through it.

The French system is very good in that it is quick, efficient, up-to-date and pro-active.  A lot of British living here say the system in France is “better” – but just imagine the outcry in Britain if we were asked to buy a top-up insurance ! The nation would go mad.The USA, a super-power, has no proper system in place for its citizens – something I find truly shameful.  The UK is far too full of people who complain about the NHS and not enough who realize how lucky we are – the NHS was recently voted, by the way, world-best.  Yes, WORLD BEST. 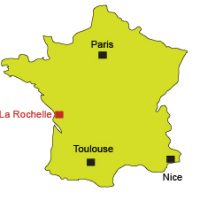