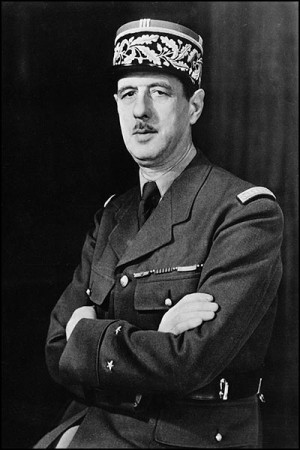 Ah – well – I had this mad idea that I was going to write about de Gaulle, but reading about just the first five minutes of his extraordinary life took me around 7000 hours last evening … He did such a lot, crammed massive quantities of political action in to his very active and endangered life – some of it right, and some of it wrong – that unless I had a proper knowledge and understanding of the politics of France and the rest of the world during that era, it would be an impossible task.

Charles de Gaulle was born in 1890 into a staunchly royalist family  (Louis-Philippe, the last king of France, had fled to England in 1850).  The family were devout Roman Catholics, his father was a professor of Latin and his mother came from an old noble family.  Charles was one of five children and was clever, astute and competent. 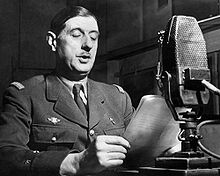 Charles de Gaulle fought in World War I (1914-1918) during which he was badly wounded three times.  He spent a year in a German prison and there wrote his first book, with the help of another French prisoner named Matthieu Butler, “l’Enemi et le Vrai Enemi” (the enemy and the real enemy).  Ironically, some years later Churchill’s wife, Clementine, advised de Gaulle to try to see a difference between his enemies and his friends.  A further irony came about when Hitler carefully studied de Gaulle’s next book “Vers l’Armee Metier” (towards a professional army, published 1934) and based German army management on it.  The French military authorities, however, took little or no interest in the book.

In 1921 Charles married Yvonne who was even more extreme than he was in her Catholicism and pro-royalty beliefs.  They had three children, one of whom, Anne, had Down’s Syndrome.  De Gaulle was devoted to her and heartbroken when she died aged only twenty. 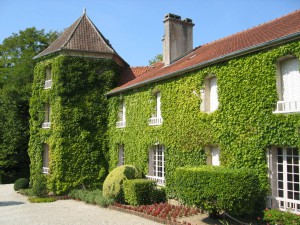 When World War II broke out in 1939 Charles de Gaulle was a commander in the French army.  The French leader, Petain, signed a peace agreement with the Germans and retained most of southern France as “free”. De Gaulle totally rejected and refused to accept Petain and Vichy France (as the “free” zone was called), and rallied the French people to defend themselves.  He led the resistance movement (which, actually, was very small till towards the end of the war when numbers suddenly swelled as the Germans retreated) and had his command post first in Bordeaux, then Algeria and then England 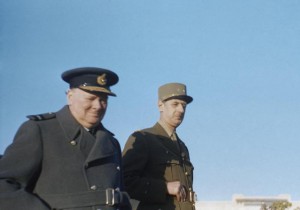 with Churchill in Marrakesh 1944

. He had a very deep distrust of the British and the Americans, all of whom he referred to as Anglo-Saxons.   His distrust and dislike was extreme, not least because Roosevelt would not acknowledge de Gaulle as “leader of the free French” because France had capitulated during the early stages of the war and was, to all intents and purposes, led by the Nazis.

De Gaulle died very suddenly when he was 79.  His last words were “I feel a pain right here” as he pointed to his neck.  A blood vessel had burst and killed him within minutes.

interested in France ? Book a holiday in the Charente Maritime www.seasidefrance.com