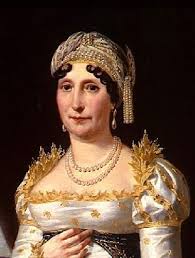 There isn’t a great deal to say about Maria-Letitia, mother of Napoleon, because she was an uneducated woman who kept no diary, wrote no letters and received few.  She was born in to a family of very minor nobility in Corsica, one of three children as far as we know.  She spoke only Italian (Corsica was Italian till 1764-8) and seems to have little in the way of musical or intellectual – or other – abilities.  Mark you, that was quite common in women of the era. 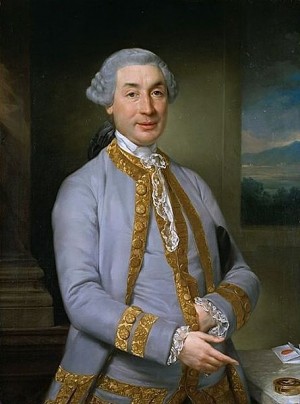 When she was only 13 she was married to a  lawyer, Carlo Buonoparte.  Over the next twenty years she bore him thirteen children, the first born in 1764 when she was fourteen years old.  The others followed in quick succession, several of them in due course made in to kings and queens by Napoleon:

Napoleon – died as a baby

Maria Anna – died as a baby

Napoleon – named after his dead brother, became Emperor of France, the Napoleon we know

Maria-Anna – a third one – died as a baby

a boy died shortly after birth, no name

She was 35 when her husband died. In due course she re-married but had no further children.  Napoleon was very fond of her, though wrote that she was an extremely strict mother who bathed her children every day – most odd at a time when adults and children alike had a bath barely once a month.  She died in Rome when she was 85. 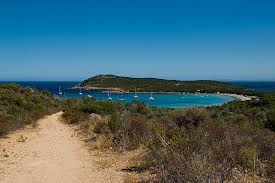 Corsica had been ruled by Genoa (Italy) since the 1300s and was Italian-speaking. Battle for independence lasted over 20 years and Corsica became a self-governing state, but in 1764 the island was purchased by France and gradually became French-speaking. Fraught resistance to this went on for some time and, due to support from England, it even became Anglo-Corsican for some 10 years before reverting to the French. 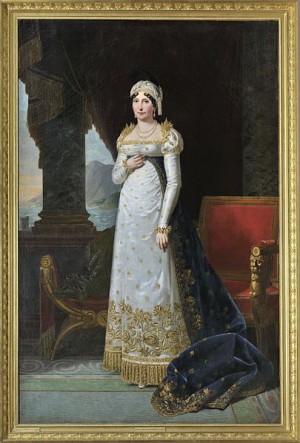 Maria-Letitia as Madame-Mere, mother of the Emperor of France.  It is said that Napoleon called her Madame-Mere, and it is possible, but I bet in private he called her maman. It is interesting to note the elongated legs, which was a common technique used by artists to make the person look more important.  The on-looker feels sort-of at her feet.  She is surrounded by the trappings of wealth and power – red, the colour of kings; blue, the colour of wealth; gold, the colour of money and jewels. In the background is a majestic pillar, also adorned with lush draperies, and through the window is the coastline of Corsica.  The bitter loss of so many of her babies took its toll on her and she could be very hard.  She has a nice face and, although she may have been overly strict, I suspect she loved her children and they her.