Extract from the novel “French Sand” 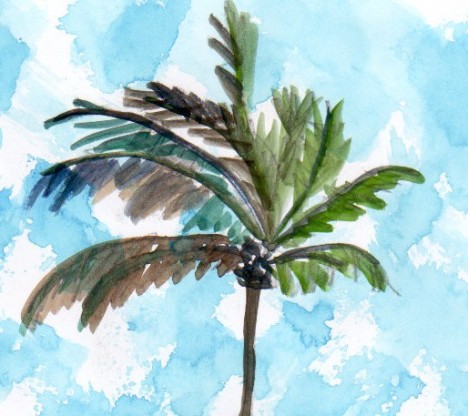 The bus was full of Kanak people, carrying baskets full of chickens or paw-paw; one person even carried a small pig.  A couple of European youths sat near the driver, smoking and talking loudly.   At the school she stood uncomfortably aware of her little sun-dress as she spoke to a nun who was totally covered from head to foot, to include a huge starched wimple jutting out like a halo from her head.    The school yard was dusty and smelt of latrines, but a remarkable purple bougainvillea spread itself along the covered walkways and the fronds of a palm jutted up in front of a classroom, startlingly green against the blue sky.

Part of what made it so difficult was that this was a French-governed island and she was, essentially, a foreigner.  She guessed she was probably supposed to have a resident’s permit, and almost certainly a work permit.

It was the landlord who suggested she try the Commission.

He was of Indian extract, with a French passport.  A lot of Indians around Noumea seemed to own a bit of property which they let out.  Unlike the British, the French tended to rent rather than buy, and this syndrome had followed them to their colonies.  She had never heard of the Commission.