France ! Did you know …? French flags.

Interested in France ? Book your holiday in the Charente Maritime. Go to www.seasidefrance.com or e-mail [email protected] 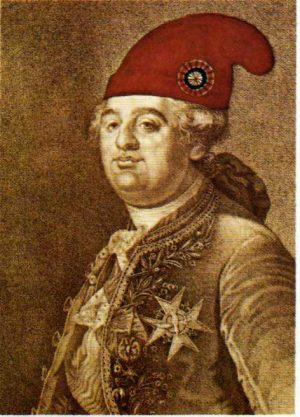 The French flag as we all know it, usually known as the Tricolor, came in to being in 1790 as a result of the French Revolution.  Previously the flag of France had been white – the royal one.  The colours of red and blue were chosen for the post-1790 flag because they were already the colours for the flag of Paris, and white was added to represent the king and the royal family.  Unknown to many, the first revolutionaries were not against the king or royalty.  When they murdered both king and queen in 1793, the entire agenda and aim of the revolution had shifted and changed, and the powers within the revolution adopted a vengeful blood-lust … but see one of my other blogs about the French Revolution, links below.

Actually, the first Tricolor was not blue, white and red, but the other way round – red, white and blue.  It was changed over in 1794 … the reasons are unclear.

Revolutionaries wore a cockade (rosette) in their hats.  the hats were usually red and the cockade red, white and blue.  One cannot help wondering how many met their death at the guillotine simply because they had forgotten to put on a hat! 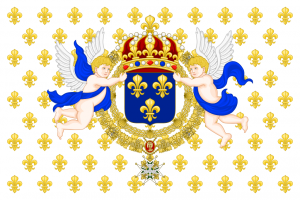 the royal flag, House of Bourbon, discontinued in 1790 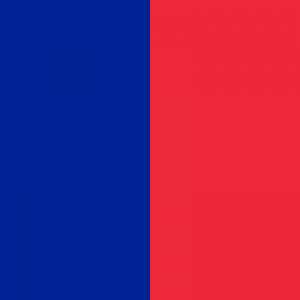 the flag of Paris 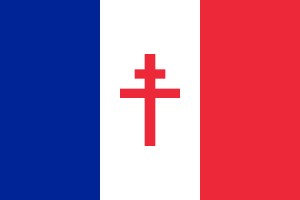 flag of the Free French during WWII, later adopted de Gaulle as his personal banner 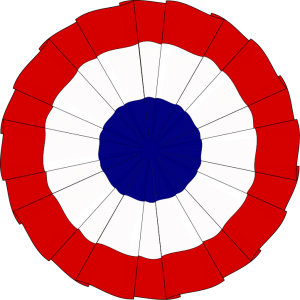 A holiday in France ? Visit our web site www.seasidefrance.com or e-mail [email protected]