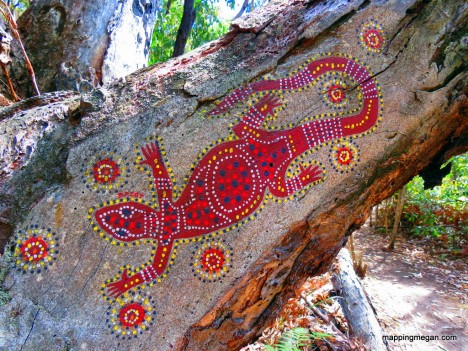 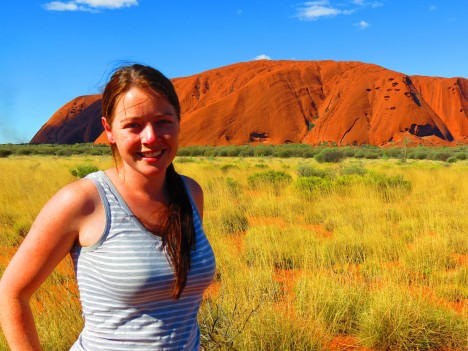 Megan is an Australian Journalist who has been travelling and blogging around the world for the last 7 years to inspire others to embark on their own worldwide adventure!  Her husband Mike is an American travel photographer, and together they have made the world their home.

Meg has recently launched “Where in the World is Megan Claire?!”, an up and coming travel blog which aims to give you the best tips and advice on travelling, volunteering, living, working and holidaying abroad.  She hasn’t been everywhere, but it’s on her list!

Indigenous Australian art is incredibly unique.  Set apart from art found anywhere else in the world by its distinctive technique, material and history, in recent years it has gained international recognition and is starting to be studied around the globe.

Aboriginal Artwork is spiritually significant to the Indigenous population; a symbol of their beliefs, it is based on important ancient stories.  It was traditionally a form of communication and expression which recorded specific events as well as Dreamtime Stories.   Aboriginal culture believes the Dreamtime is the period of time in which the world was created.  Such stories, and therefore art, is possibly 50,000 years old, and handed down through each new generation.  As they do not have a written language of their own, art formed an incredibly integral part of aboriginal culture and was not only used as a method for conveying stories, however also played a central part in teaching and education.

Australia celebrates Aboriginal culture today, and as such Indigenous Art as pictured below is now an integral part of Australia’s identity.

Painting on Bark is the oldest form of Aboriginal Art, however is relatively rare now-a-days as bark does not survive time. 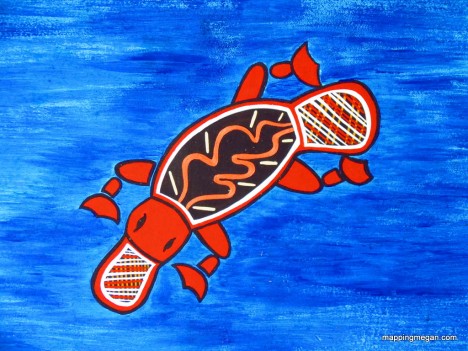 Paintings were used for teaching, and were often used for education.  This painting depicts an Australian Platypus. 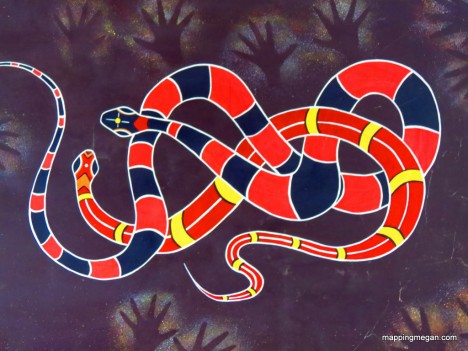 Aboriginal Art is based on ancient stories, from a period of time called the “Dreamtime” when they believe the world was created. 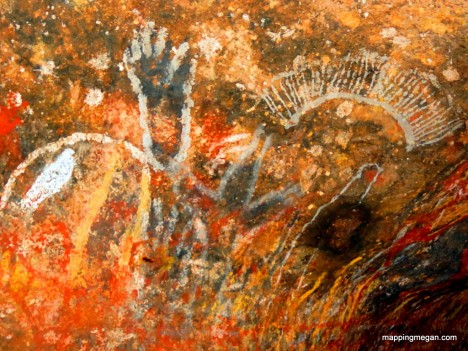 Rock painting was a particularly popular form of art (and communication), and can still be found prominently throughout the Australian Outback. 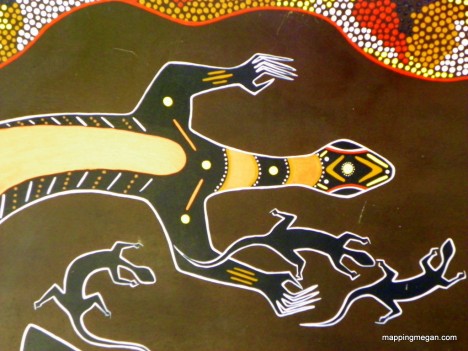 Aboriginal people have no written language of their own – so their art tells stories central to their culture based on symbols and icons. 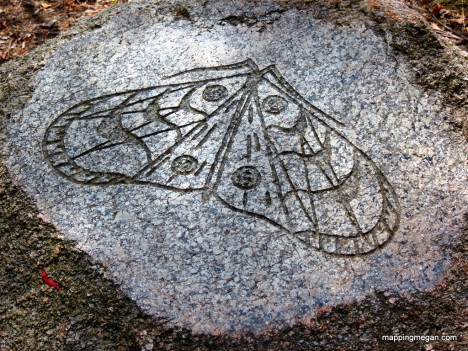 Rock carvings are another form of aboriginal artwork. 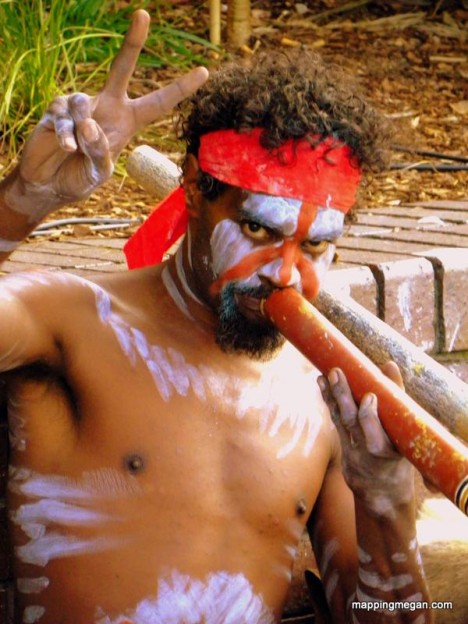 Indigenous Australian plays the Didgeridoo at Sydney Harbor.  As you can see their art is also applied to their bodies during cultural ceremonies and performances of song and dance.

Many Thanks to Megan for providing the blog and pictures.