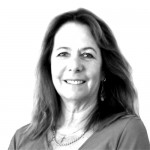 Catherine Broughton is a writer, poet and artist. Click on the icons for her books or order from Amazon and most usual sources.

With her husband Catherine is also the owner of the Chateau & Domaine de Rochebonne, near La Rochelle in France, a group of  very popular holiday houses which she lets during the summer months.  www.seasidefrance.com

Catherine is the author of several novels as well as a series of books for children.  She is also a water-colourist and a linguist.

Catherine Broughton was born in South Africa in to a big family. Her father, a man from Somerset in the UK, was a doctor of tropical disease and his work took the family all over the world. They spent many exciting years in various parts of Africa, the South Pacific, Switzerland and more. The story of her youth, which includes living on a leper colony, is related in the book “Kefani”.

Later in life, with her own children, Catherine lived abroad and visited many countries around the world. Her novels and tales of travel reflect her expatriate lifestyle

For many years Catherine did illustrations almost uniquely for charity cards, gifts to relatives or fund raising. Several of her sketches have been used in magazines. She is the author many articles, poems and short stories as well as her novels.

Catherine Broughton attended London University where she did a BA (Hons) in French; in later years she also achieved a BA (Hons) in History of Art with the Open University.  She is an avid fund-raiser, usually for cancer charities.

Catherine is happily married to Bruce. They have three children and four grandchildren. Her home is in South Africa with extended patches in France and the UK.